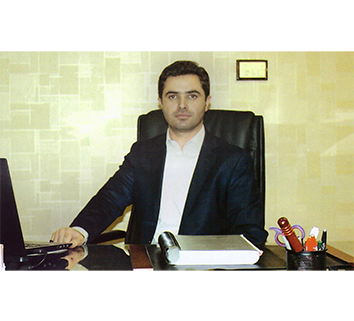 Mine stripping and processing tests are priorities of Mahdiabad Lead and Zinc Mine in the news year.

He went on, adding: April 15 this year, mining operations of Mehdiabad Lead and Zinc Mine will officially begin by the investor of the project.

Safari noted: in construction of the plant with a capacity of 800 thousand tons of lead and zinc concentrates, technical and economic studies and the choice of technology, testing processing and obtaining environmental licenses, water and electricity etc will be performed in the first year, which some items will be made earlier than one year according to the Investor.

Director of Mehdiabad Lead and Zinc and Barite said after securing the infrastructure required, 3 years is required for construction of the plant but again the investor has promised to operate 25% of plant production capacity in 2 years.

Pointing to sales of Mehdiabad lead and zinc mineral, he said: according to the contract, the investor is bound to extract and deliver annually 500 thousand tons more than its capacity to complex depots, so the raw material for lead and zinc factories around Mehdiabad is supplied through auctions.

while emphasizing continuation of the mine explorations in other parts of Mehdiabad, Safari continued: other parts of mine that are outside the scope of the final pit, such as mineral calamine, etc. are experiencing additional explorations, which will be planned more in the near future.

Director of Mehdiabad lead and zinc and barite mine reminded in the end: Fortunately, all previous claims of various companies in the pursuit of mehdiabad mine are officially settled and closed, and a new round of administrative activities with the participation of reputable companies has started.

Also, in a ceremony held on the final days of the Iranian year in the presence of Minister of industry, mining and trade, contracts for Mahdiabad lead and zinc mine and factories investment was closed.

Mining Operations Multiplies in Mehdiabad Mine
Scroll to top