With remarkable deposits, Mehdiabad Lead and Zinc and Barite Mining Complex is one of the biggest world mines, considered to be a Big Mine based on the laws of mines, with its operation license belonging to IMIDRO.
Therefore, according to plans made officially, construction of processing plants for zinc concentrate with side products (including lead and silver concentrate) as well as equipping and waste removal of the Mine are the priorities.
Currently, extraction and sales of products (Zinc Oxide, Calamine and Barite) are being performed while the above are being run.

Geographical Location of Mehdiabad Mine

Mehdiabad Lead and Zinc Mine is located 115 kilometers southeastern of Yazd City.

The first exploratory activity in Mehdiabad Mine was performed in 1950 resulting in extracting calamine mine by excavating underground. This extracted approximately 15 thousand tons of calamine ore with grade of 35%, exported after calcination and upgrading to 45%.

Subsequently, a total of approximately 57,000 meters of exploratory drilling in 215 holes was conducted in Mehdiabad mine.

In 1993, to access the central part of the deposit which is sulfide and located at a depth of 150 meters, a well of 324 meters depth was dug in circular shape with initial diameter of 5.4 meters. But given the high costs of underground mining and open pit mining as well as the completion of explorations of the Central Plains, and justification of Open pit mining of the Mehdiabad deposit, activity in this sector was closed in 2003; currently it is supplying the mineral water of the Mine.

In 2005, the Ministry of Industry and Mine then issued the operation license of Mehdiabad lead and zinc and barite mine exploitation license, which is now under name of the Iranian Mines and Mining Industries Development and Renovation Organization (IMIDRO) and based on the Ministry’s statement, Mehdiabad mine is known as a large mine. Accordingly, in 2006 Stripping operations, extraction and sales of minerals began and has continued so far. According to plans made for the construction of plants of zinc bars, zinc concentrate as well as processing of barite, the Mehdiabad Mine Complex will generate significant value added in in the future.

Three geological formations of Mehdiabad Deposit are separable which are, in terms of geological age, from old to new formations, Sangestan, Taft and Abkooh respectively. Mineralization in Mehdiabad deposit is created in dolomitic carbonate rocks of Taft Formation aged at Lower Cretaceous. There are 9 faults in the region which are important and detectable, the most influential and most important of which is the fault of the Black Hills in West Deposit.

Sulfide minerals of Mehdiabad Deposit include sphalerite, galena and barite along with small amounts of pyrite, chalcopyrite and chalcocite.

A) Lead and Zinc Mine:

In 2016, Koosha Mine Consulting Engineers Company began reviewing estimations of economic reserve of Mehdiabad Deposit as well as optimization of pit design there. The company estimated a geological deposit of 716 million tons and an extractable deposit of 154 million tons for the mine.

In 2013, a decision to review the extent of deposit of barite and to optimize barite operational plans was made, based on which Zamin Mine Consultancy Company estimated a BaSO4 barite deposit of 124 million tons by designing and estimating economic reserve of Mehdiabad Barite Mine.

Early 2010, extraction and mining activities began in northwestern sector of the Mehdiabad Deposit to extract 1,849,200 tons with average grade of 18-20% zinc. However, completion of explorations and more accurate reviews of actual reserves performed by Zamin Mine Company in 2012, estimations showed a calamine deposit of 322 thousand tons with zinc grade of 9.5%; this meant the work in this section actually and economically deemed impossible. Finally, in September 2013 the mine was closed and activities were continued in the central part of the deposit. However, during the extraction activity in calamine mine, by waste removal, a volume of of 2281625 cubic meters, about 210 thousand tons with a zinc average grade of 10% were extracted.

Mehdi Abad Mine on visual narrative 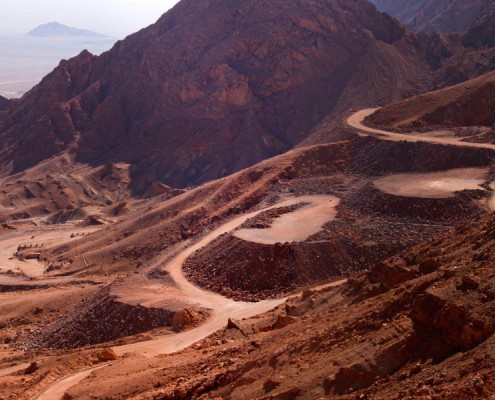 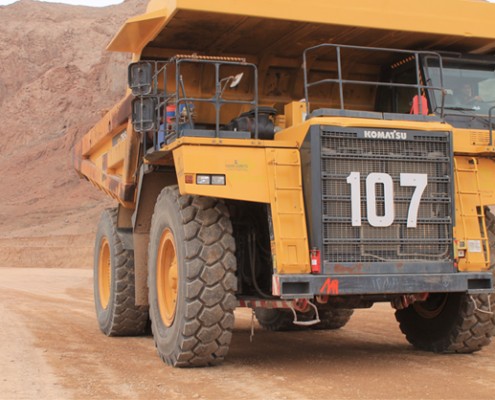 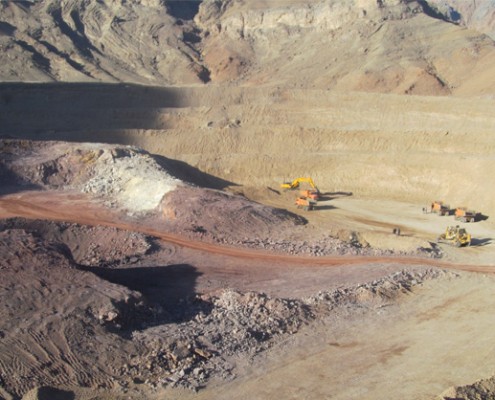 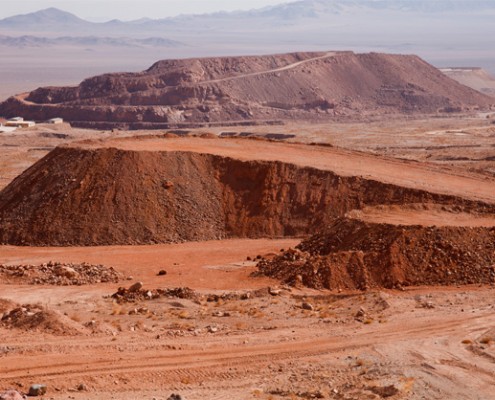 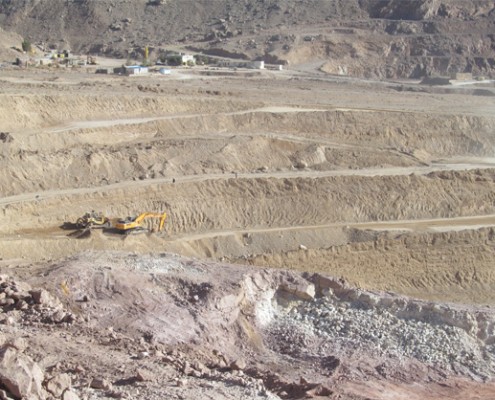 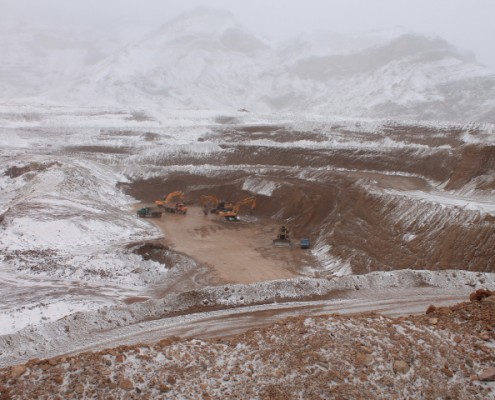