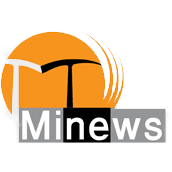 Amin Safari, in an interview with the Mainews correspondent, pointing to the official launch of operations at the Mahdi Abad Pb & Zm Mine, said: "For various reasons, the contract of previous investors in the mine was terminated and their obligations were not enforced. Of course, the Minister of Industry, Mines and Trade and the chairman of IMIDRO's team tried to enforce the contracts, but there was no understanding between domestic and foreign partners and the contract was terminated. It took 2 years to hold an international call using the conditions created in the aftermath, but thankfully welcoming this call was very good. 45 companies participated in the tender for technical, financing and trade filters, and eventually a powerful Iranian consortium composed of Mobin Co. as one of the largest mining companies, Kahnerba Co. as one of the major engineering companies in Zinc, Lead and On Iran and other companies, they won the tender and started their work.

"Fortunately, there is a great plan for the future of the mine," he said. Also, the company has been working ahead of the times set forth in the contract and has provided the mining sector with the final stages in the area of ​​infrastructure contracts with water, electricity and the environment. On the other hand, in the field of technology with reputable companies in the world (TR Spain and Australian companies), contracts are being closed and in progress to enter Iran and localize them. All of these actions are accompanied by IMIDRO and we are monitoring them.

According to Safari, the equipment of the processing plant was ordered, and we hope that at the end of the year 97, 200 thousand tons of concentrate will be produced and in the following years we will produce 800 thousand tons to provide the first step in the country's needs and In the next step, by setting up downstream industries, we should witness exports in this area.

Manager of the Mahdi Abad Lead and Zinc Complex stated: IMIDRO's executive model for large mines is a very good model, in which privatization is carried out, but its ownership is for IMIDRO.

According to the model, ownership of the mine is at the disposal of IMIDRO, but the management, investment, infrastructure, production and sales of a 24-year contract, which can be extended, is available to the investor.

Safari added that this work is a form of transfer and that IMIDRO is acting as the executive arm of the government in the mines and mining industries who owns the license and supervises the proper implementation of the contract. The consortium is doing its job from zero to 100. In general, a complete form of privatization has taken place.

He continued: to implement the project of planning and phases. To achieve sulfur, a lot of waste was needed. That is why the first phase of the project was designed to create jobs in the region, along with helping the project economy. Consequently, with the design and the signed contracts, as well as the arrival of the equipment of the plant quickly reached sulfur, and undoubtedly at the end of the year 97 we will achieve 200 thousand tons of concentrate.

Safari on the use of indigenous forces in the project added: According to the contract, the investor is required to use indigenous forces and should place it in the top priority. In the absence of specialist expertise in the area, it can be used temporarily from other areas, but training has begun for the operator and engineers required to be used in all sectors of the native forces.

Manager of the Mahdiabad Lead and Zinc Complex, also referred to the mine situation, stated: "The license area for mine exploitation is 54 square kilometers, due to the presence in the protected area of ​​the environment, we have to build factories in the same area. Majority of this topographic and mountain range is not rich, therefore, we are asking the Minister of Industry, Mine and Trade for the liberation of part of the mountains to be added to the plain to the extent that the work space for the construction of the factory and the huge waste deposit It is free. In this regard, the environment has its own concerns, but, thankfully, our interaction with the organization over the last few years has been very promising for this transfer.

Safari said that the mine is a global reserve, so it should not be enclosed and have a regional look at it, saying that the Mahdi Abad mine is a national mine. On the other hand, 800 thousand tons of zinc concentrate are produced in the region, and due to the low grade of the mine, it is not possible to transfer the mine to another area. Of course, if downstream industries do not concentrate on this, they will be sent to other existing capacities of the country. Given the fact that the economy always finds its way and the cost of transportation in the economy is considered very important, all the factories in other areas are coming to Mahdi Abad themselves. In the long run, downstream plants will be created in this area.

He said about other elements in the mine: beside lead and zinc, there are other lateral products in the Mahdi Abad mine. Silver and barite (used in oil drilling) are other deposits in Mahdi Abad. Of course, besides these elements, there is copper storage in the mine, which holds about 180 million tonnes of 29.6% of the stock to be recovered. Of course, since exploratory studies have not been completed, we have not published any news about this. Also, along with the above, the Kalamin, which is a zinc species, is also within the range where exploratory work is underway. Mahdi Abad has different elements due to its geological type Holds. Nickel, iron, and manganese are other elements that are present in the mine. Asfari emphasized: currently, ingots are being manufactured in the country. Considering that zinc ingot is used in steel galvanizing industry, in the case of the growth of steel industry, ingot zinc also increases in the country.

Planning for Mahdiabad Lead-Zinc Mine Development